The Coffee Plant: Regions of cultivation

The Dutch were the first to cultivate coffee outside Arabia. In 1690 they managed to get several saplings of the plant that were grown in the botanic gardens of Amsterdam at first, and then were taken to the Dutch colonies on Java and Sumatra islands. The climate there turned out to be perfect for coffee cultivation. In a few years the colonies became the main suppliers of coffee to Europe, and Amsterdam became the center of coffee trade. The Dutch were followed by French, and soon precious coffee plantations appeared on Haiti, Jamaica, Cuba, Puerto-Rico and Trinidad. Finally, one young Portuguese took a few saplings to Brazil, and in less than a century the country became the top supplier of coffee in the world. Originally, only one species of coffee known at that time was planted in the new lands — the Arabica. But the search for new species went on, and Robusta coffee was discovered. It grows in the wild jungle of Central Africa. It is cultivated in many countries, but the best sorts of Robusta are produced in countries of East Africa, India and Indonesia.

Today the coffee is grown in:

The coffee beans so familiar to us grow on the coffee plants. It belongs to Rubiaceae family that comprises about five thousands species of plants. Among all species of coffee tree, only Arabic coffee, or Arabica, and Congolese coffee, or Robusta, are economically viable. The beans inside the coffee berry (two beans with flat sides facing each other) are used for coffee production. 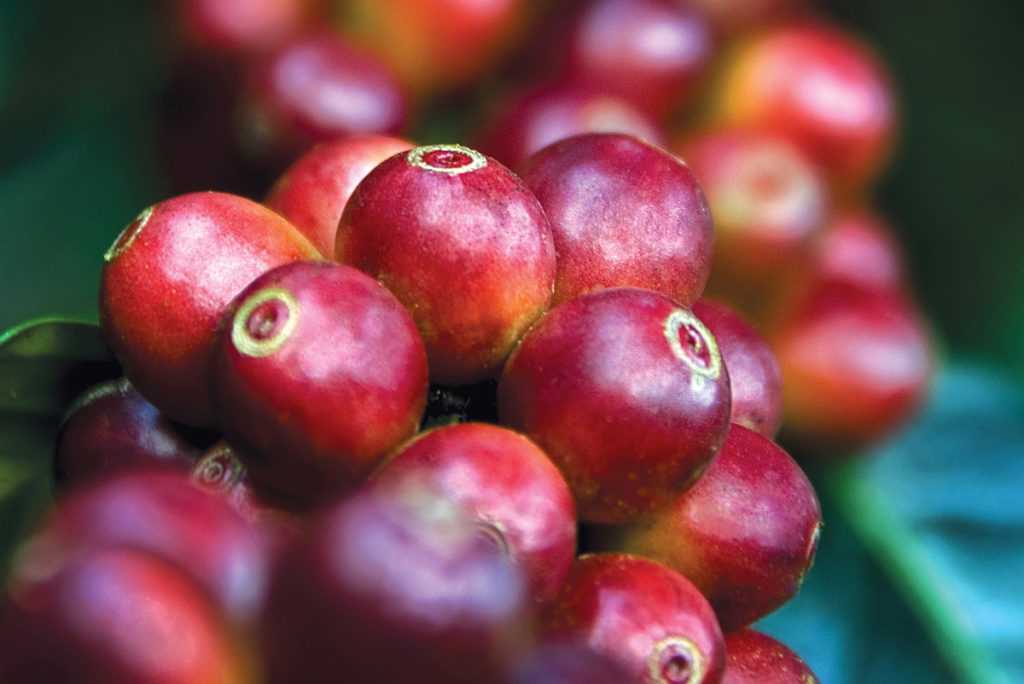 Structure of the coffee berry

The ripe coffee berry is red. Under the red skin there is firm flesh, then viscous pulp, under which there is the coffee bean, covered by thin film called the parchment.
Inside the berry there are usually two coffee beans facing each other and divided by a thin film.

Arabica — Arabian coffee — is a tree up to 5 meters in height that is usually trimmed at 120-180 centimeters to cultivate shorter trees. Arabica blooms before every rain season. In optimal conditions, a fruit (berry) grows every 8-9 months. When riping, it changes its color from green to yellow and then it becomes red. Arabica coffee tree has numerous botanic varieties, including abyssinica, bourbon, maragogype etc.

Robusta is a tree reaching 2 to 10 meters in height that has larger leaves than ones of Arabica. The blooming season of the plant is longer, and the fruits ripe only after 10-11 months after the setting.

“Robusta” is translated as “strong”, “firm”. It is less fastidious than Arabica. Robusta beans give very strong, rich coffee with a sweet flavor. 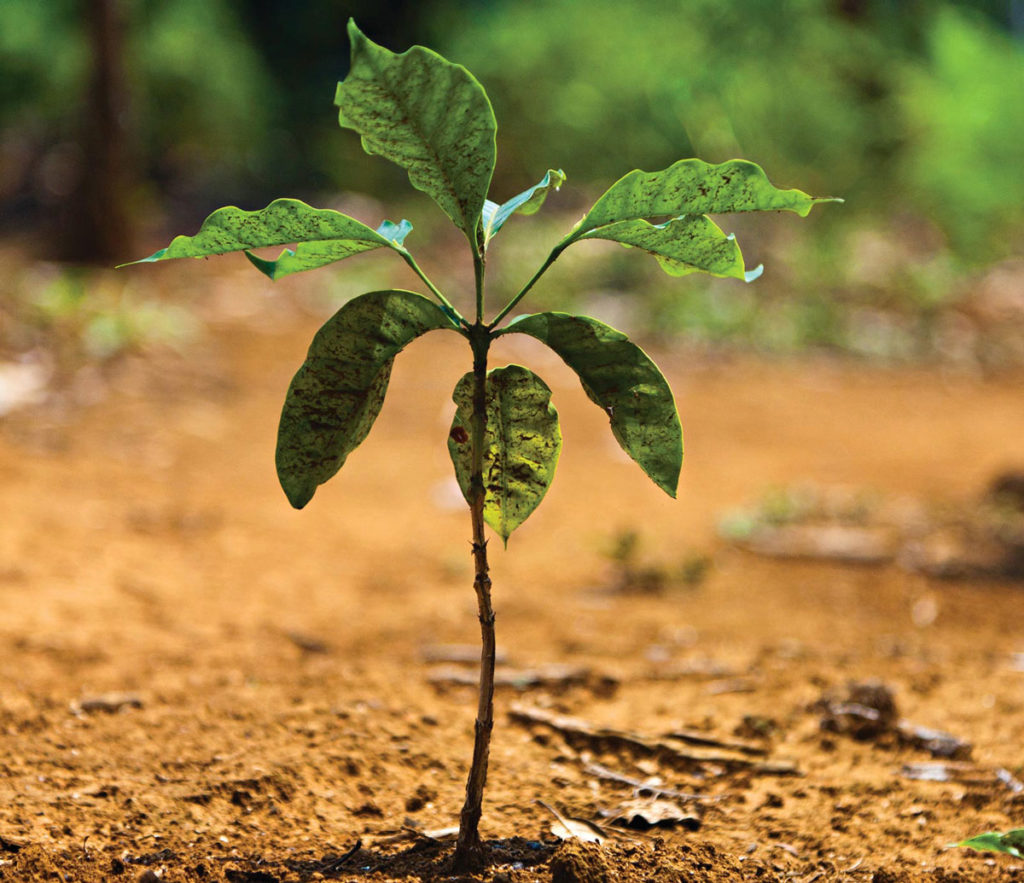 Coffee harvest season continues for several months. It varies depending on the country of production. For example, in Guatemala coffee is harvested from November to May, and in Brazil – from June to September.

Robusta berries are easier to harvest: they do not fall down when ripe, thus can dry on the tree.

Arabica is harvested in several takes, progressively as it ripens with two week intervals. Commonly, there are three of such takes — preliminary, main and late. Such selective harvest of fully ripened fruit ensures high quality of coffee beans. At the same time it is important to prevent the fruit overripening that can be easily distinguished by black color of berries. The most widespread and traditional method of harvesting is handpicking.

The method consists in careful selective handpicking of ripe berries only. Also, there are special machines for coffee picking, but hand picking is preferred. One tree gives 2,5-3 kilogram of fruits annually, producing 500 grams of green coffee, or 400 grams of roasted coffee. In other words, 50 cups of delicious drink is made from the fruits of one coffee tree per year.